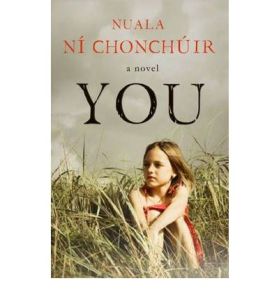 At first glance the prospect of reading a novel written entirely in the second person and mostly in the present tense might prove daunting to many, but it is a testament to Nuala Ní Chonchúir’s skill as a writer that the story fairly clips along.

Told from the point of view of a ten year old girl growing up in 1980s Dublin, the use of the second person device pulls the reader into her world, where ‘you’ experience everything she does as she does, with an immediacy that is striking.

And this world includes a crumbling house by the river Liffey; an emotionally fragile mother struggling for a little happiness in her life while raising three children by two different fathers, both of whom are long gone; the mother’s friends and acquaintances, who are regularly depended on to mind the children; and the girl’s (your) two brothers, friends and enemies.

All these elements could well form the ingredients of your typical kitchen sink drama, but what brings the whole thing alive with a vivid tension is the perfectly captured voice of the girl (Also noteworthy is Ní Chonchúir’s light touch in bringing 1980s Dublin to life with skill and economy).

Through the girl, we see how her mother deals with the news that her estranged husband’s girlfriend is having a baby, we see her mother’s mood swings spurred on by a heavy dependence on alcohol, we see how her mother’s friends rally round to help however they can. And these concerns sit side by side with the sudden departure of the girl’s best friend to Wales and the prospect of a long summer with little to do and nobody to do it with.

It’s this voice that lends the events that unfold throughout the story, and in particular the tragedy that strikes the girl’s family and its consequences, a simple, understated poignancy that is at times heartrending.

I have had fiction published in Fear the Reaper, Emerald Eye: The Best of Irish Imaginative Fiction, Transtories, The World SF Blog, Revival Literary Journal, First Contact, FTL, Woman’s Way, Jupiter Magazine and several other venues. Currently looking for a publisher for my novel Down and Out. I was co-editor of Albedo One from 1993 to 2013 and co-administrator of its International Aeon Award for Short Fiction from 2005 to 2013. Previous to that I edited several issues of FTL (1990 – 1992). I’ve also edited Writing4all: The Best of 2009 and Box of Delights, an original horror anthology from Aeon Press Books.
View all posts by John Kenny »
« Submitting Your Work: Start at the Top
New Story Published in Jupiter Magazine »

One thought on “Book Review: You by Nuala Ní Chonchúir”