In Praise of Old Age 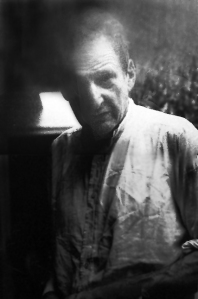 There’s no question that getting old is a pain in the butt. You work hard all your life, you struggle for a level of security and relative comfort, which often seems constantly just out of reach, you do your best to provide for and nurture your kids, then bits of you start to fall off as your engine finally begins the process of wearing out, and then you die.

So what’s the point of it all? Why bother? Most people respond to a simple hard-wired biological imperative to survive and thrive (which is just extra insurance against not surviving). Many people, though, search for meaning, and are either comforted by the concept of an afterlife or accept the argument offered by many philosophers, such as Camus and Sartre, that life is meaningless and find the strength to make the most of this life while it lasts. And there’s a lot to be said for this approach; as Ray Bradbury put it: ‘Life is its own answer.’

But what of the actual process of getting old and the imminence of death, irrespective of what may or may not come after? Doris Lessing doesn’t hold back in giving out about getting old: she hates it. She detests the gathering limitations on what she can and can’t do, the slow depreciation of her faculties. Beryl Bainbridge was similarly disposed. I’m certainly not looking forward to this process myself.

However, I do think there are compensations in getting old. The obvious ones are the level of freedom enjoyed by not being overtly bound by your kids once they’ve flown the nest and started families of their own, generally greater financial security, not having to work, and having quality time to pursue your interests. An even greater compensation is that we’re generally much less concerned about what other people think of us, a common phenomenon in earlier life that can exhaust huge quantities of time and energy. Once you understand, and truly believe at a cellular level, that you can’t control what other people think of you, you are, in the most complete way possible, liberated. Recent studies suggest that we are at our happiest during our mid-seventies and I can well believe it, even though I’m a good ways off that age myself.

In all of the above, I am, admittedly, side-stepping several thorny issues: Kids who continue to be highly dependant on their parents well into adult life, parents who come to believe they are a burden on their kids, worsening financial circumstances that result in people living out their old age in constrained situations, health problems that severely reduce the quality of life, pain, depression, and a host of other things.

But in broad terms, and for the majority of people, even in the so called third world, I think the compensations mentioned hold true. And it is these compensations, these things we have to look forward to, that are threatened by the ongoing, and ever-prevailing, cult of youth that besieges us. I’m not just talking about advertising, or the lessening respect accorded to our senior citizens, or the fact that economists consider old people to be a problem, a burden on the State. No, I’m also talking about the scientific search for eternal (or at least radically prolonged) youth. Scientists have isolated the moment at which we begin to technically die, that moment when our bodies start to produce less new cells than die, and we start the long slow process of decline. This moment is called ‘error catastrophe’ and, although it occurs at different times for different people, it usually happens sometime in our mid-forties. It’s only a matter of time before scientists discover a way to stop error catastrophe from occurring and the general consensus is that the best of all possible ages to halt at is 30.

Now it’s my contention that this eventuality would have catastrophic consequences for who and what we are and who and what we will become. Imagine a world where you can work forever, where there’s no mandatory retirement, where you can retire only if you’ve made provision for it by investing in a private pension scheme. What would that be like? Okay, like food, housing, education, etc., which is not, and probably never will be, equally distributed, eternal youth would be strictly rationed and largely the preserve of the already privileged; but over time, the vast majority of the world’s population would be able to avail of this ‘gift’. Anyway, for a start, there would be a radical drop in births, fewer and fewer vital additions to the gene pool, fewer and fewer new and individualistic perspectives to be offered on politics, religion, education, life, the universe and everything. Combine this with genetic manipulation at the foetal stage for those babies that do get born, new anti-trauma drugs being currently tested, shortening attention spans and the death of deep reading and you have a radically altered future humanity. In this scenario, future generations would be happy, contented, well-adjusted, high-functioning automatons.

We may be currently living in a world, in essence, very like that of 1984, but the possible future I’ve outlined above would be scarily like that of Brave New World. The impact on art and literature, what fundamentally defines us and our place in the scheme of things, would be devastating. There wouldn’t be any art, because we wouldn’t need it.

And what we would lose is the lessons old age has to teach us. The very fact of our mortality, the reduction of the range of activities we can engage in, the discarding of a vast array of youthful concerns, including what other people think of us, are highly liberating aspects of old age. We enter a zone of life that, like autumn, offers immense riches and opportunities for mature reflection and expression. Look at the work of David Hockney, Lucian Freud, John Updike and countless others, doing their best work in their final years and loving every minute of it. Even the grief of losing a loved one has much to teach us; it allows us to remember, and to continue to love, and to embrace life, and to cherish each long exhilarating moment.

If the future fails to see the value of old age and denies us this abundant coda, we will have become an impoverished society and will have entered an evolutionary cul-de-sac. The writer Dennis Potter, when he knew he was dying, described, in an interview with Melvyn Bragg, the sheer ecstasy of witnessing the beauty of a flower in his garden dance in a gentle breeze. He said that he couldn’t have appreciated this flower, or savoured the moment in all its variegated wonders, without having reached this point in his life.

So I say to you, old age is to be valued and celebrated. Embrace it when it creeps up on you and you’ll have the time of your life. Or as W. Somerset Maugham wrote in his manifesto for life, The Summing Up:

“The complete life, the perfect pattern, includes old age as well as youth and maturity. The beauty of the morning and the radiance of noon are good, but it would be a very silly person who drew the curtains and turned on the light in order to shut out the tranquillity of the evening. Old age has its pleasures, which, though different, are not less than the pleasures of youth.”

I have had fiction published in Fear the Reaper, Emerald Eye: The Best of Irish Imaginative Fiction, Transtories, The World SF Blog, Revival Literary Journal, First Contact, FTL, Woman’s Way, Jupiter Magazine and several other venues. Currently looking for a publisher for my novel Down and Out. I was co-editor of Albedo One from 1993 to 2013 and co-administrator of its International Aeon Award for Short Fiction from 2005 to 2013. Previous to that I edited several issues of FTL (1990 – 1992). I’ve also edited Writing4all: The Best of 2009 and Box of Delights, an original horror anthology from Aeon Press Books.
View all posts by John Kenny »
« Strange Epiphanies: John Kenny talks to Peter Bell
Book Review: The Floating Order by Erin Pringle »

2 thoughts on “In Praise of Old Age”