Playing Catch Up: Various Publications in 2013 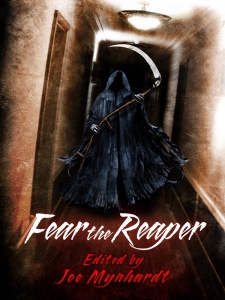 Well it’s been a while since I’ve posted anything new here, but it’s not as if nothing’s been happening; quite the reverse. In the main, most of my free time has been taken up in a major redrafting of a novel I wrote a couple of years ago. But I did manage to have a few pieces published in spite of this.

In March, I had a flash fiction piece called ‘Dog Shit’ published in issue 25 of Revival Literary Journal (copies available here). In July, when I queried it, I discovered The Galway Review had published a story of mine called ‘Wild West Hero’ the previous December and neglected to inform me. In August, they also published a piece of flash fiction called ‘Fear’. You can read them here and here.

During the summer, I started playing around with poetry. So many of my Irish writer friends are poets and most book launches I’ve been to in Dublin have been for poetry collections. The readings at these launches began to rub off on me and I found myself drawn to the form. Apart from the very short breaks from the novel it afforded me, I enjoyed the challenge of crystallising an idea or thought within the ‘confines’ of poetic expression, learning along the way that the form is anything but constricting or confining. So far, I’ve been fortunate to have three poems published by Every Day Poets: ‘Not the Worst’ in September, ‘The End of Time’ in October, and ‘My Idea of New York’ in December. You can read them here, here, and here.

Finally, I was truly honoured to share pages with Taylor Grant, Richard Thomas, Jeremy C. Shipp, Joe McKinney, and several others when my horror story, ‘The Final Room’, was published in Fear the Reaper in October. Edited by Joe Mynhardt and published by Crystal Lake Publishing, the anthology is available here for anyone interested in chasing it up. I was also invited to write a guest blog for Crystal Lake on the genesis of the story, which you can read here.

My redraft of the novel is ongoing, but I do hope to find time this year to post a number of blogs on issues that have been lodged in the back of my brain for some time now. I also have more interviews and reviews to upload. In the meantime, a healthy, happy, creative, and prosperous New Year to you all.

I have had fiction published in Fear the Reaper, Emerald Eye: The Best of Irish Imaginative Fiction, Transtories, The World SF Blog, Revival Literary Journal, First Contact, FTL, Woman’s Way, Jupiter Magazine and several other venues. Currently looking for a publisher for my novel Down and Out. I was co-editor of Albedo One from 1993 to 2013 and co-administrator of its International Aeon Award for Short Fiction from 2005 to 2013. Previous to that I edited several issues of FTL (1990 – 1992). I’ve also edited Writing4all: The Best of 2009 and Box of Delights, an original horror anthology from Aeon Press Books.
View all posts by John Kenny »
« New Story Published in Revival Literary Journal
The Wolf of Wall Street vs. American Hustle: Con Men and Hollywood »